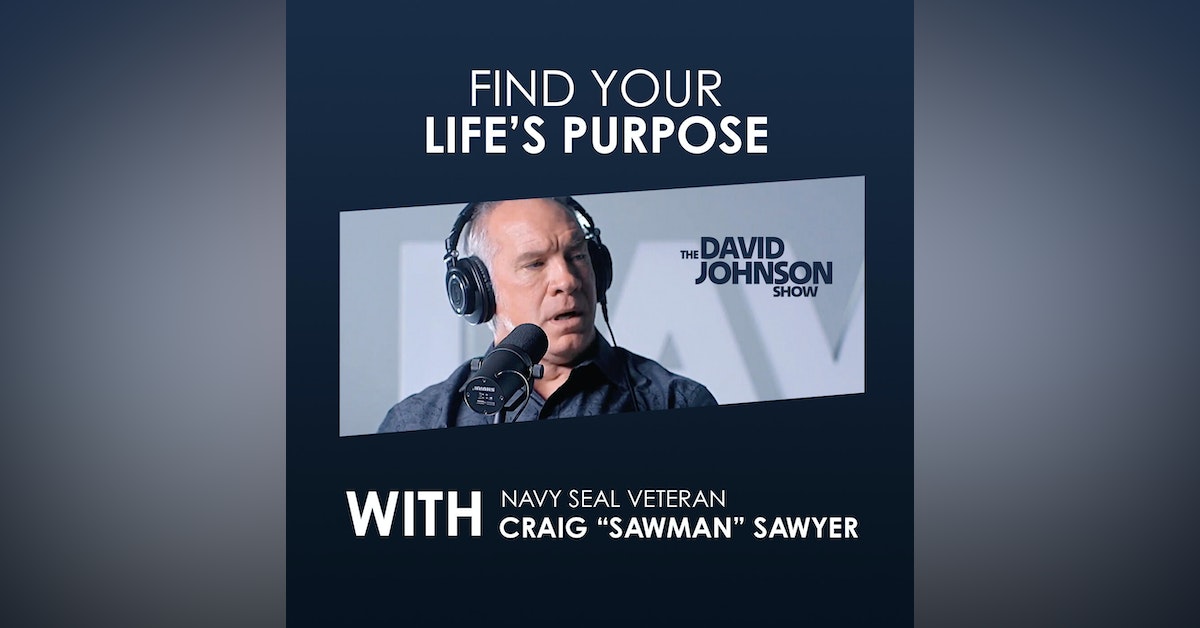 This week’s guest on The David Johnson Show is Navy SEAL veteran, Craig Sawyer, aka ‘Sawman’, who has transitioned from his Navy SEAL and counter-terrorism military career into working in television, the Internet, humanitarian non-profit work and mentoring young veterans on their post-military lives.

In the episode, Craig shares his story of how he started initially with the Marines, but moved into the Navy SEALs in his early 20s. Craig served in the Gulf War (1990-1991), gaining combat experience in Desert Shield and Desert Storm as an Operator at SEAL Team One.

In the early 2000s Craig transitioned to a new role with the U.S. Air Marshal program and spent most of the ‘00s in Air Marshal service.

His military operations skills helped him get chosen to lead a military commando team in Africa to halt rhino poachers. This started his work in TV production, movies, acting, voiceover work and more in the past decade on networks like Animal Planet, the Military Channel and The History Channel.

In recent years, Craig’s humanitarian efforts have manifested in his work to combat child sex trafficking through his non-profit Vets4ChildRescue - https://vets4childrescue.org.

“Craig’s background is so amazing, it should really give hope to other military vets looking to make a mark after military service ends,” said David Johnson, host of “The David Johnson Show”. “Craig said to me recently, "I'm in my 50's and I'm just now finding the real passion in my life." That in and of itself is a powerful story. To be in the 50's, with everything he’s done, to see him writing a new chapter is very inspiring. I hope our viewers feel the same.”


“The David Johnson Show” is a national voice that talks about points of interest in the American military and veteran subculture. Each show episode showcases a different guest with a different story. Sign up to get notified of new episodes at: https://thedavidjohnsonshow.com and subscribe to our YouTube channel.