EP18: The Top Reasons Why You Are Not a Team, A Retired Navy SEAL's Perspective 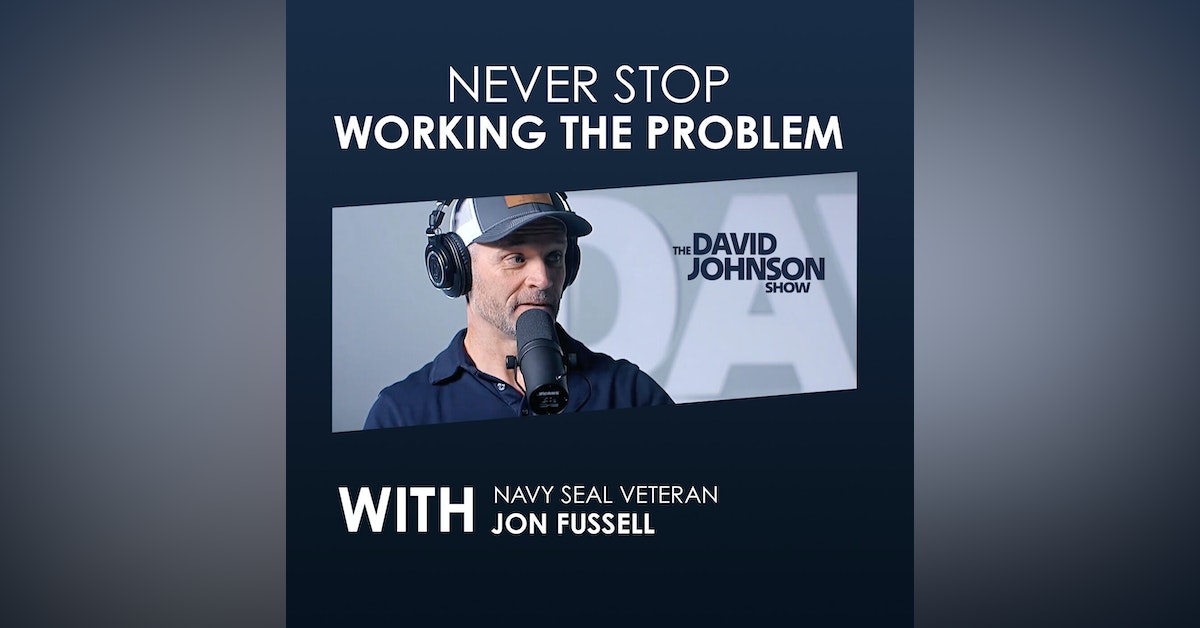 Jon Fussell - Retired Lt Commander Navy SEAL discusses the mindset and psychology of Team -VS- Group mentality and the difference between the Military and Civilian world.

Jon is an expert on leadership on so many levels and brings an intense real-world perspective to the table.  Watch the full episode with Jon Fussell.

“The David Johnson Show” is a national voice that talks about points of interest in the American military and veteran subculture. Each show episode showcases a different guest with a different story. Sign up to get notified of new episodes at https://thedavidjohnsonshow.com​ and subscribe to our YouTube channel.

Jon:  It’s a discussion that’s kind of come up. I’ve been running around the finance world for a little over five years now. I’ve met with lots of great people, and I was going, “Hey, come talk to our team. Come talk to our team.” I kind of hit a point where I’m like, “OK. Nice one there, folks, but you’re not in the team.”

Jon:  Not even close. That is not a shot, it’s truth. You were in group and that’s OK.

Jon:  There’s a lot of psychological stuff behind that. We have these social norms, and behaviors, that we’re hardwired to do.

David:  Tell me how that team relates then, into the civilian life. I’ll be candid. I haven’t had a job in 12 years. I’ve been on my own.

David:  [laughs] I’ve never worked in a large company. I’ve always been on my own. What does team mean to these large companies? Do you have a sales team, a marketing team? I honestly don’t know what that means.

Jon:  I somewhat kid around about it. You’re superpower when you’re on a team – a real team — is you’ll get back up. You really, really learn this.-

I thought I knew pretty well what it was to be a part of a team. I wrestled from sixth or seventh grade all the way through college. If you’re in a wrestling team, it’s a pretty scrappy bunch. We had each other’s back, and that was my team. I knew those guys would look after me, no matter what. Then you get to the next level, and then some, and then it just blows that all the way.

When you really come together as a team is, as crazy as it sound, you may have heard of Hell Week. Hell Week is early on in training. Basically, you’re awake for an entire week. You’re together with your crew with that boat fixed to your head for the whole week.

Come Wednesday, with zero sleep from Sunday until Friday when you’re done…

Jon:  …you will fall asleep while running. It’s no joke. You’re running down the beach and micronap kicks in and you’ll just fall and bounce of the sand.-

Jon:  It’s a crazy process. They’ve really got it figured out. It’s in that moment that when you go down, you know that weight just got distributed six ways instead of seven. It’s your get back up. That’s a tough thing to replicate.

Plenty of people in corporate America – I’m envious you never have stepped foot in there. Nah, it’s great people. Plenty of people…There’s no shame in like, “Hey, I’m in business development,” or “I’m a sales guy,” or whatever and this has been a rough stretch for me. My numbers aren’t- where I wish they were this year.

You’re coming into Thanksgiving and you’re like, “You know what? This has been a rough stretch. I’m just going to take a knee. I’ll sort this out come January.”

There’s no shame in that, and you probably know people that have done it. If you’re really part of a team, guarantee you, when you think you’re going to take a knee come November 15th and chill out for six weeks, you’re going to get back up. That’s where you got to get to where you really depend on one another.