EP23: Secrets to a Successful Interrogation 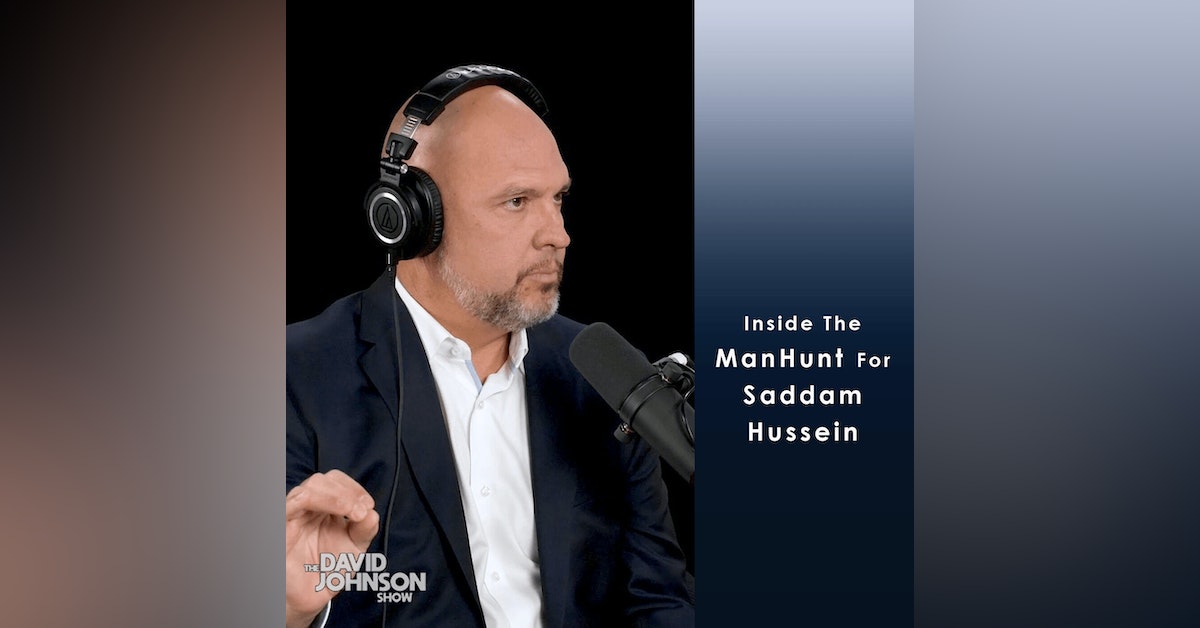 New interrogation tactics to connect with prisoners and gain trust.

Former US Army interrogator Eric Maddox provides the now-unclassified story of how the U.S. Army tracked down Saddam Hussein, using information gained by Eric and his team, who were conducting interrogations with many Iraqi military prisoners.

This is the first episode in the 2nd season of “The David Johnson Show”, an online interview program in which former servicemen and servicewomen share their military stories as well as their present-day entrepreneurial pursuits.

Watch the full episode with Eric Maddox on YouTube and follow The David Johnson Show on social media.

Eric Maddox:  The first thing you start with is your original training. You're always told trust the training you received. As I'd use the Army techniques, I realized, "OK, I've done these correctly, they're not going to work."

David:  How soon did you realize that? That's a key point, though. "The way I was trained is not going to work." Was that in your first talk/discussion with somebody? When did that hit you?

Eric:  [laughs] It crossed my mind after my first two prisoners. After, I'm going to say, eight prisoners. I'm three days into this. I'm testing everything I knew to do. It wasn't like I was getting close. This was not going to work.

For me, it was, "I don't know a solution, but let's quit getting stuck on the idea that maybe I just need to tweak the techniques." I have to think of something completely different, completely out of the box.

David:  Without going into detail, what was some of the techniques you tried that you knew immediately wasn't going to work?

Eric:  The basic interrogation techniques. The idea is that you're going to sit in front of this prisoner. With conviction and authority, you're going to make them think you know everything about them, and that under no circumstances are they going to talk their way out of this.

The idea, David, is you want to take away all hope. What I realized is that plausible deniability was hope. I realized, "Wait a second, that hope is actually the only way I can get them to talk."

David:  Let's touch on that then. You had to create a new strategy in your head? What was going through your mind? Like, "This isn't working. What do I do?" How did you lead? We're going to get into the nuts and bolts of this empathy based approach, which I really want to get into. What was the first steps when you started to realize this is not going to work? What did you do?

Eric:  David, the first was I just have to figure out how do I keep them talking. I don't want to pretend that I came up with this grand idea. I did not know what to do. I said, "I've got to figure out who they are." I would ask    and it's just like you see on TV    the stupid questions about their family and life. I try to build rapport, just like you would see in the movies.

The prisoners would answer my questions, but I still wasn't gaining any trust. I wasn't getting cooperation. What I started to realize is that when I was talking to these prisoners, there were times they wanted to be more transparent. I started to realize, "Ah, it is me. It's my behavior. It is my mindset."

That's when I start to realize, "Oh, my goodness, when I'm talking to a prisoner, if I can listen to them minus my biases, minus my goals, my objectives, my agenda of trying to get them to confess and gather actual intelligence, and just seek to understand them, that's when I started to get transparency." That's where I got my first foothold into this technique.

David:  You said people want to open up. Was that because how you approached it, you're a warm person, that's just how human nature is? What does that mean?

Eric:  At the time, I didn't realize it but it comes down to the fact that in all relationships, we use verbal communication to determine the level that we can trust an individual, regardless of the topic of conversation.

That interaction between two individuals, more than it is the transfer of information to either make better decisions or to influence, it's our barometer determine how much can we trust this person.

David:  Would you say some of the prisoners felt they could trust you?

Eric:  It took a while. You can't call this a level of trust of what you're perceiving. The level of trust that it would build was this individual is at least seeking to understand my side of the story. That does not mean that I like them. That doesn't mean we're going to be friends or I'm going to try to break them out of prison.

To seek to understand somebody's perspective, absent of your bias, is the level of trust people are trying to really want to acquire in a relationship.

David:  That's probably point one then. Do you feel the detainees, the prisoners felt that you were truly trying to understand them as people, which maybe led to more trust?

David:  Keep walking me through this then. Let's go down this path of the story of catching Saddam. How did it even go down? You started catching up on these raids and...